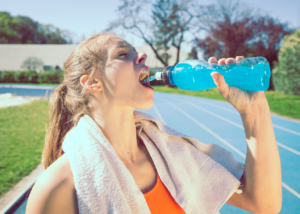 Elite athletes often have high rates of oral disease despite brushing their teeth more frequently than most people, finds a new study published in the British Dental Journal.

A research team surveyed 352 Olympic and professional athletes across 11 sports, including cycling, swimming, rugby, football, rowing, and hockey. The dental check-ups revealed substantial amounts of oral disease, finding that nearly half had untreated tooth decay, the large majority showed early signs of gum inflammation, and almost a third reported that their oral health had a negative impact on their training and performance. These elite athletes had poor oral health despite their efforts to care for their teeth. The researchers found that a majority of the athletes in the survey already had good oral-health habits in as much as they brush their teeth twice a day, floss, visit the dentist regularly, don’t smoke and have a healthy general diet, except for one important thing:

The researchers found that the athletes also regularly use sports drinks (87%), energy bars (59%) and energy gels (70%), which are known to damage teeth. The sugar in the sports drinks, energy gels and bars they frequently use during training and competition increases the risk of tooth decay, and their acidity increases the risk of erosion. This could well be contributing to the high levels of tooth decay and acid erosion seen during the dental check-ups.

You don’t only avoid holes in your teeth by practicing good oral hygiene. Researchers have discovered a connection between gum disease and Alzheimer’s disease. They discovered DNA-based proof that the bacteria causing gingivitis can move from the mouth to the brain.

The bacteria produce a protein that destroys nerve cells in the brain, which in turn leads to loss of memory, and ultimately, Alzheimer’s. The bacteria alone do not cause Alzheimer’s, but the presence of these bacteria raises the risk substantially for developing the disease and is also implicated in a more rapid progression of the disease. However, the good news is that this study shows that there are some things you can do yourself to slow down Alzheimer’s: brush your teeth and use floss. It is important, if you have established gingivitis and have Alzheimer’s in your family, to go to your dentist regularly and clean your teeth properly.

If you, your family or friends need dental care, we would be honored to provide you with state-of-the-art dental care in our modern dental practice. Refer someone you love to someone you trust!

HOW TO PREVENT DENTAL CARIES 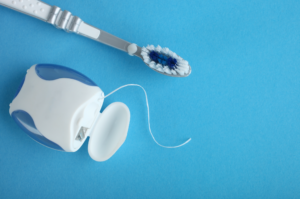 Despite the impact tooth decay can have on your teeth if left unattended, dental caries or cavities are largely preventable with a proper oral hygiene regimen. This includes regular dental checkups in order to identify pre-existing conditions before they lead to more serious issues down the road. The earlier a dental professional can spot the signs of poor oral hygiene, such as a buildup of plaque, the better your chances at preventing dental caries and gum problems from ever occurring in the first place.

Brushing your teeth twice a day for at least two minutes, using a rinse, paste, or gel that contains fluoride. The fluoride will help reduce the production of acid that can damage your teeth.

Flossing regularly after brushing, especially if you’re frequently eating or drinking sugary foods or drinks. Certain foods high in sugar can provide a consistent supply of damaging acid to the tooth’s hard tissues. Flossing once or twice a day can help you remove food particles from the hard-to-reach areas between your teeth that you might miss while brushing.